The War of Texas Independence

The War of Texas Independence, also called the Texas Revolution, was an important and influential nineteenth-century conflict that ultimately shaped the future of Texas, the United States, and Mexico. While many other factors led to Texas eventually becoming the 28th U.S. state, none made more of a direct impact on the course of our history than the Texas Revolution.

This subject sampler will help students gain a better understanding of The War of Texas Independence by guiding them through: (1) a summary of the events leading up to war, (2) a few significant battles that took place during the conflict, (3) background information about several key figures from the era, (4) geographical features applicable to the struggle, and (5) some important outcomes of The Texas Revolution.

the road to rebellion

Click on the above link, which leads to an informative article from Austin Community College about some factors leading up to the Texas Revolution, and complete one of the two assignments outlined below:

1. With 2-3 of your fellow students, create a ​graphic organizer that links 3-4 major socioeconomic factors to the outbreak of rebellion in Mexican Texas.

2. As an individual assignment, create a Venn diagram that, on the one side, depicts some of the cultural factors contributing to the Texas Revolution. On the other side, write down some of the political issues that led to the fight for independence. Identify where some of these common factors overlap in the middle of the diagram and explain their similarities. 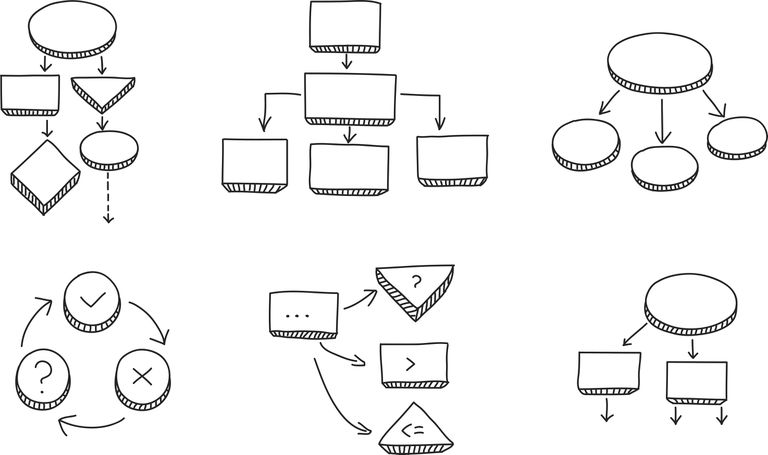 major battles of the texas revolution

Click on the above link that leads to a timeline of the Texas Revolution from SoftSchools.com. Use the provided information to complete one of the below assignments:

1. Imagine that you're a volunteer soldier in the Texian Army fighting in three of the battles detailed on the provided timeline. Next, write a few imaginary journal entries about each of these battles. Be sure to place the engagements in chronological order while using specific dates and locations.

2. Imagine that you and a fellow student are a pair of nineteenth-century newspaper reporters assigned to cover the brewing war in South Texas. Using the provided timeline, write two separate articles about the same conflict. One article must be written from the perspective of an American reporter. The other must be written from the perspective of a Mexican reporter. Be sure to mention specific events leading up to the battle you chose to write about and how they contributed to the eventual hostilities. Compare any similarities and differences once you both finish your respective articles. 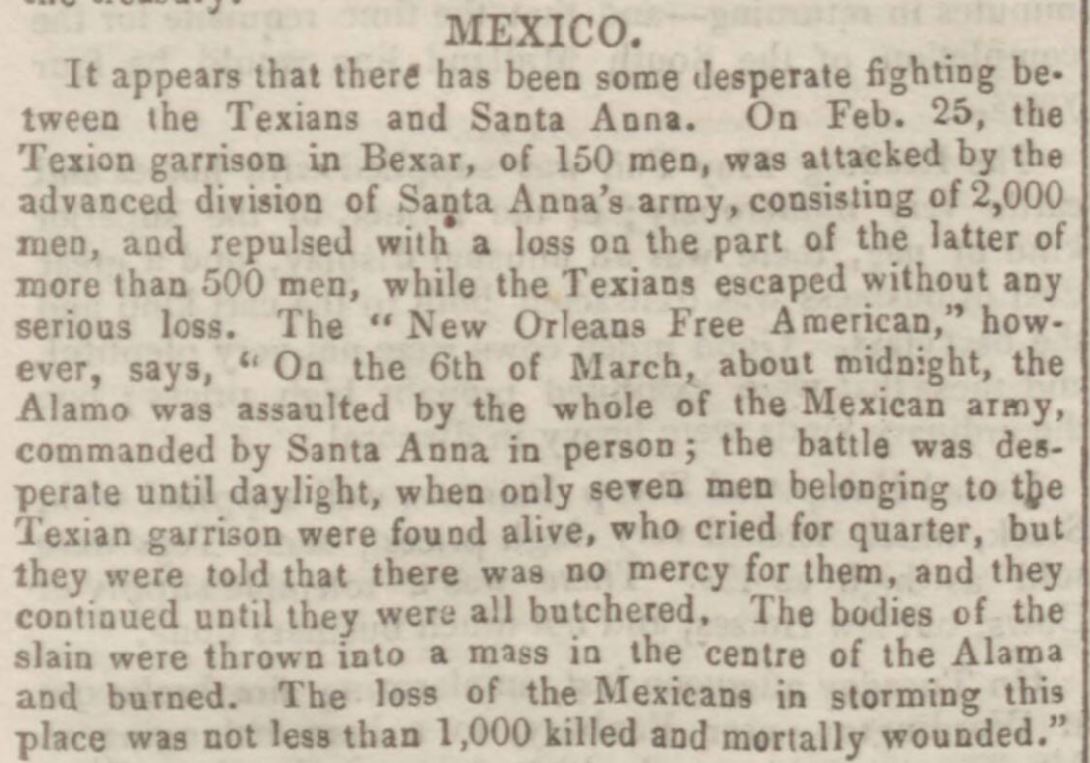 people who shaped the conflict

Many important figures, on both sides of the conflict, made decisions and took actions that influenced the ultimate outcome of The Texas Revolution. Click on the link above and utilize the Flashcard and Gravity game applications to complete either of the below assignments:

1. In a group of three, have one student present 12 flashcard answers while the other two try to provide the correct questions as quickly as possible. The student presenting the cards will keep score. Rotate and continue this process until all students have a chance to keep score, Whoever has the highest score wins.

2. Start the Gravity game application. Make sure the following options are selected: (1) Study Starred: "All," (2) Answer with "Term," (3) Select Difficulty "Medium." After verifying your settings, play a single game and record your score. Report your score to your teacher. 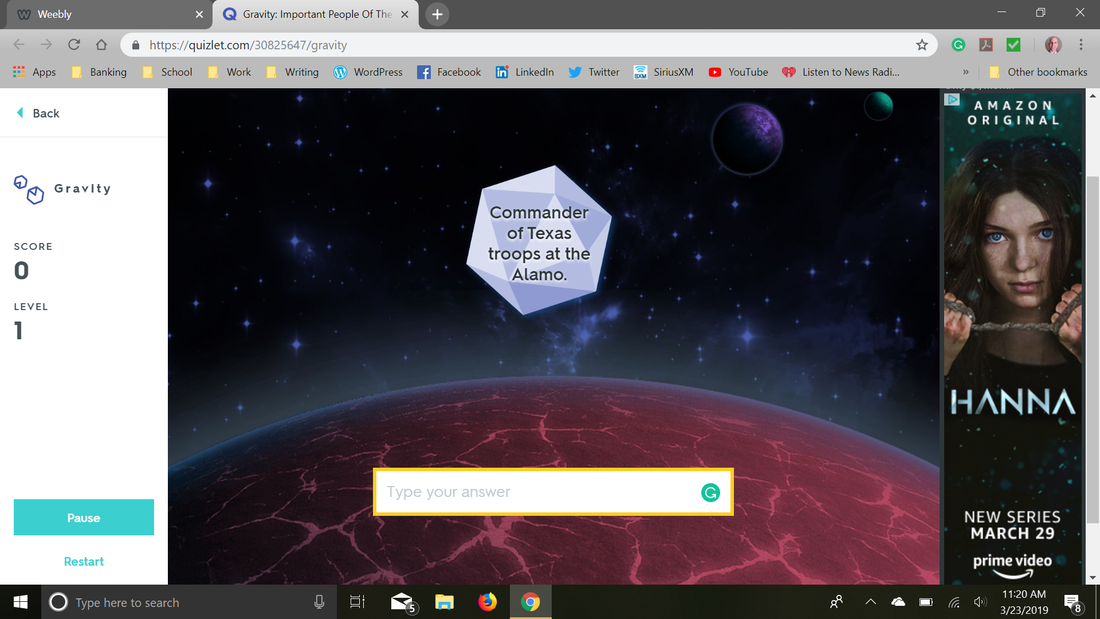 View the below YouTube video, from Brilliant, then complete one of the two offered assignments:

1. It's fair to argue that rapidly shifting borders between French, Spanish, U.S., and Mexican territories in North America exacerbated national tensions that eventually led to full-blown conflict. Imagine that you're an independent explorer traveling across the North American interior in the year 1820 and that you're writing a letter home to your family to describe your journey. In particular, you want to share with them that you recently visited the Texas region. At the time of your travels (1820) which power claimed ownership over Texas? Why did they feel they were entitled to do so? Do you view their claim is a legitimate one? Explain why you agree or disagree with their claim.

The story of Texas is unique in that Texas was an independent and sovereign nation prior to be annexed by the U.S. Government in 1845. View the below video to find out more. Afterwards, select and complete one of the two below activities:

1. Create a T-chart listing some of the political and economic similarities and differences between Spanish Texas, The Republic of Texas, and the state of Texas. Compare your findings with your neighbor.

​2. In a group of 2-3 students, imagine you're invited to a parade in 2045 celebrating the Texas bicentennial. You've been selected to give a short speech explaining the Texas path to statehood, starting with Spanish colonial rule in the early sixteenth-century. Using a mind map, think of at least five key details to talk about from each of the following categories: (1) people, (2) places, (3) events. Record all your ideas on the mind map and present your findings to the rest of your class.

The Texas Revolution was a key event in not only Texas history but also the histories of both Mexico and the United States. The war was founded on many differences, including conflicting territorial claims, opposing political platforms, and diverging cultural ideologies. In walking away from this assignment, you should have a better understanding of the people, places, and events that led to Texas independence, the establishment of the Texas Republic, and Texas finally achieving statehood in 1845.